Explore the most interesting sightseeings of Moscow uptown within 5 hours. See the iconic Red Square that oversees the Moscow Kremlin and Alexander Garden, take a picture of probably the most beautiful Russian St.Basil's Cathedral and try legendary Soviet ice-cream in the walls of the State Department Store (GUM). Enjoy the panoramic view of Moscow city center from the so-called Flying Bridge in Zaryadye Park and treat yourself to some traditional Russian food on Nikolskaya promenade. We finish the tour on Lubyanka Square with the famous KGB building and spectacular Children’s Central Store.

The Red Square is considered to be the heart of Moscow not only because of its popularity and cultural meaning but also because of the location: the oldest city’s streets originate from here. Depending on our meeting point, we’ll walk along Varvarka, one of the oldest Moscow streets which is home to Romanov Palace and Old English Court or the main and posh Tverskaya Street to see the Monument for Yury Dolgorukiy, the founder of the city. Before we enter the Red Square, we’ll see the historical Resurrection Gate and the touristic Kilometer Zero. I am sure you’re going to be smitten seeing the beautiful buildings of the State Historical Museum and GUM (State Department Store) from the very first steps. By the way, GUM is really worth taking a look from the inside — terrific architectural decisions as well as the Soviet-spirited surroundings, let alone signature’s delicious ice-cream, get everybody in the right mood. St. Basil’s Cathedral needs no introduction — usually tourists can’t stop looking for different angles to make a better shot of the sightseeing, however, I will also tell you about it’s past which was quite gloomy (history is often like that). We’re not going to enter the Kremlin as one better devotes a separate day for it, but we’ll observe the Kremlin Wall Towers going under to Alexander Garden. Since you’re a fan of panoramic views, I suggest visiting two observation points — the Flying Bridge in Zaryadye Park and the Terrace on the fifth floor of the Central Children’s Store. The 5-hour tour goes better with a lunch — we can try traditional Russian cuisine on Nikolskaya Street or any other kind of food to your taste. Having a lunch time won’t take us more than one hour which is foreseen by the tour itinerary, however, if you wish, we can skip it. Some items of the program can be changed in the line with your preferences as well. 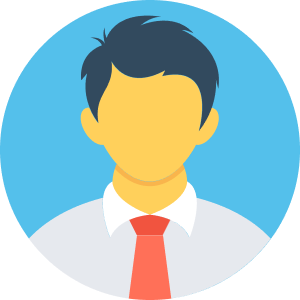 Julia Krychevish is an excellent guide. She taught me a lot about Russia and its components. She taught me history about important monuments in downtown around red square and other places in Moscow. Commission from each tour 20 %

18.69 USD
Included in the total price
Ask the guide any questions about the tour.