Kazan is called the Third capital of Russia for a reason. The architecture of the city combines buildings of thousands of years ago and modern buildings. You can admire the beauty of the main attractions of Kazan in one day — just save our route!

After the collapse of the Golden Horde, the Kremlin became the center of the Kazan. Nowadays it is the official residence of the President of the Republic of Tatarstan. It was founded in the X century and is still being reconstructed. Now it is a complex of several towers and graveyards. The most famous is the Söyembikä Tower. It was almost destroyed by decay. The tower was saved by strengthening the Foundation. Now Söyembikä Tower compared with the Pisa tower, because it also falls a couple of meters. Each of the towers of the Kremlin is built in the style of Moscow and Pskov architecture. Pskov masters, builders of St. Basil's Cathedral in Moscow, was called by Ivan the Terrible in the XVI century. He ordered the masters to strengthen the fortresses and build stone walls. Today on the territory there is a monument to «Pskov — the architect of the Kazan Kremlin».

The complex is the result of achievements of Russian and Tatar urban art and is included in the UNESCO world heritage list!

On the territory of the Kremlin is a monument to the Snake Zilant. It is the hero of legends, the main symbol of the capital of Tatarstan. The image of Zilant also adorns the flag and coat of arms of Kazan.

Also there is the embankment of the Kazanka river.  In summer it turns into the most popular place for walks of locals and visitors of the city. It hosts festivals, fairs, exhibitions and concerts. And in the winter on the waterfront offers a free skating rink, stretching almost a kilometer. 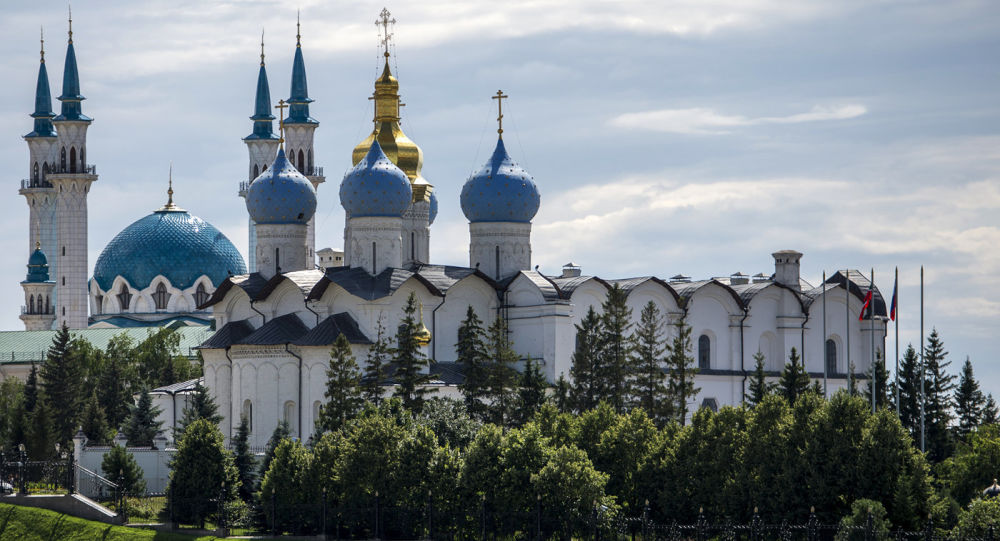 There are two main religious centres of Kazan of different confessions apart from to the Kremlin. The road separates the Qol Sharif Mosque and the Annunciation Cathedral from each other. Each of the objects is an amazing beauty of the building.

Qol Sharif Mosque is a semicircular in the base with a lot of minarets lined with white marble. The walls of the Mosque are decorated with carved surahs (heads of the Koran).

The Annunciation Cathedral looks incredible because of white stone. Especially symbolic is the synthesis of the two cultures of Kazan panorama, where turquoise and gold-plated domes of the Orthodox Church visually intersect with the minarets of the Muslim mosque. 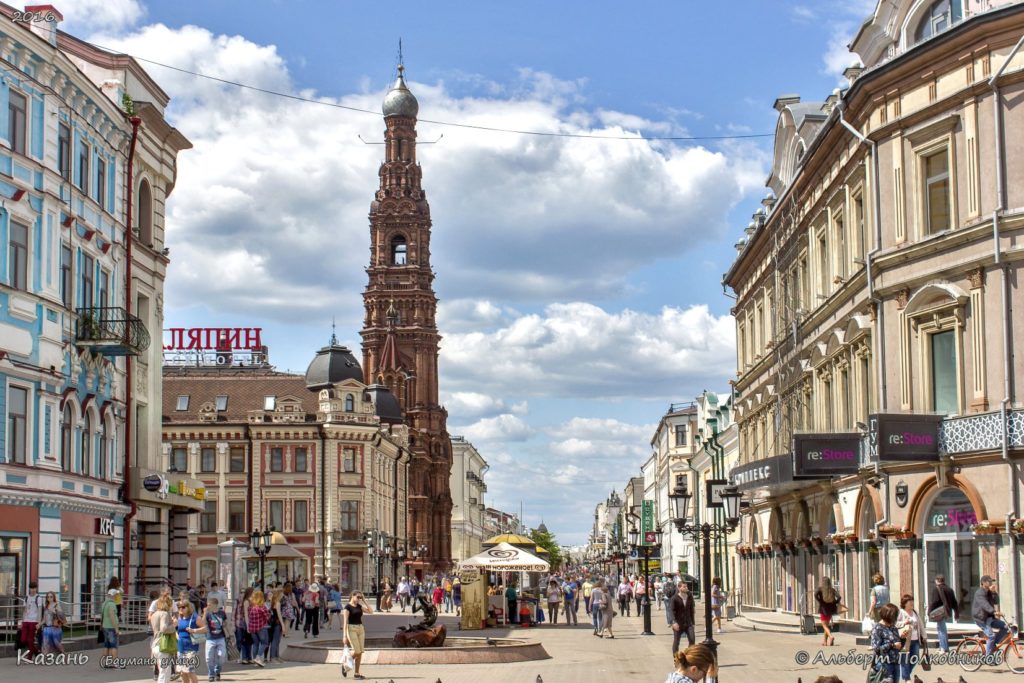 This street is one of the oldest in Kazan, it is called Kazan Arbat. Bauman street is pedestrian, it houses many cafes and restaurants.  The most famous attraction on the street is the monument to the Cat Kazan.  Once the cat was brought from Kazan to St. Petersburg. There he served Empress Elizabeth Petrovna to catching mice in the Winter Palace.

Once all the Tatars were evicted from the city. Here they founded their own district. Now the Old Tatar Ыettlement is called the old center in Kazan — all thanks to the ancient mosques and mansions that have preserved their historical appearance to our time. One of these is the «house of Shamil» with figured carvings. It resembles a small fortress from the cartoon — look for yourself! 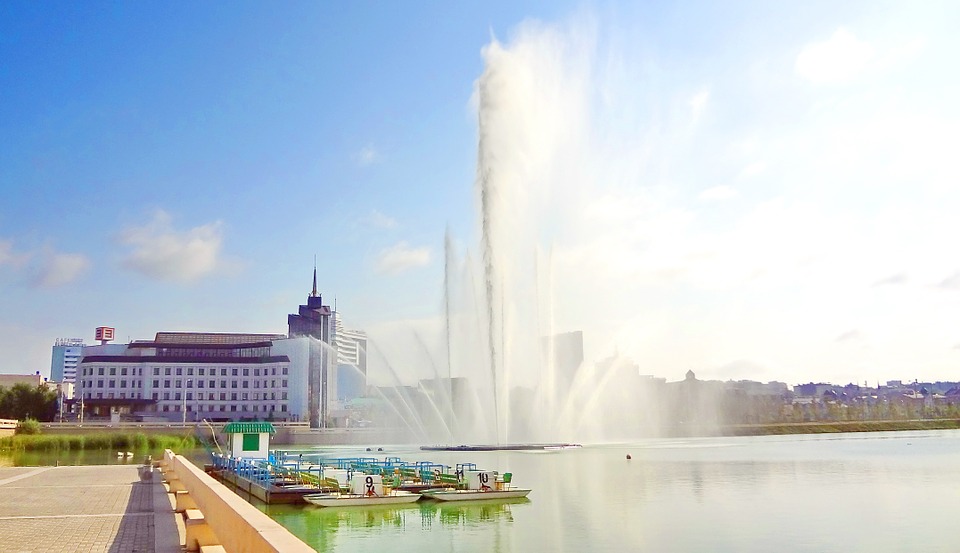 The lake consists of three: Lower, Far and Upper lakes. There is a water system with a fountain in the middle. According to legend, there is a hidden treasures at the bottom of the lake, and still in Kazan people wants to try their luck and hunt down untold riches. The fountain jets beat up fifty metres. In the evening, the backlight turns on, the fountain becomes singing and presents an unforgettable performance.

Let us invite you on the excursion of Kazan where you'll see all monuments of this city!